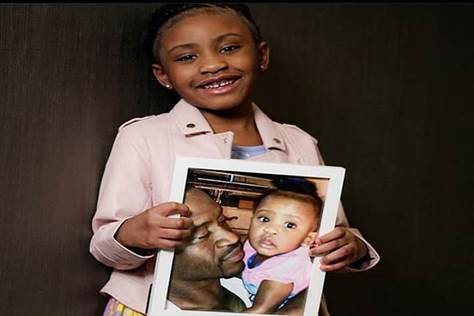 George Floyd was described by those who knew him as a sweet man. He met his girlfriend by offering to pray with her after observing that she might need it. He’d become known as someone who could see the needs of others, and who would always have your back. He was a father who moved from Houston to Minneapolis for more opportunities and to be a better father to his now six year old daughter, Gianna Floyd. He wasn’t just an addict with a counterfeit twenty dollar bill. He was a man. A father. A son.

Sadly, along with the rest of us, Gianna may have watched her father die at the knee of police officer, Derek Chauvin, in a video that has circulated the country. 330 days after Floyd’s death, the trial of Derek Chauvin brought a level of accountability that, even with the clear video tape, we were nervous might elude us. Chauvin’s trial brought our long battle with police brutality and impunity back to the forefront. As I watched the trial, the prosecutor’s words in his closing argument struck me to the core. He told the jury, “You heard that George Floyd’s heart was too big. George Floyd is dead because Derek Chauvin’s heart was too small.” That statement was profound to me, not only for its accuracy, but for how it made me aware that at the heart of our problems is our failure to see the humanity in each other and our lack of compassion for one another.

There must be changes to the legislation that created and supports a system that allows this ongoing assault on Black Americans by police. Nearly 30 minutes before Chauvin’s verdict was read, another Black individual—16-year-old Ma’Khia Bryant—was shot and killed by a police officer. Another tragic and unnecessary loss. We can see that impunity encourages this behavior to continue. The root cause must be identified, and we must elect lawmakers who will create laws that will correct the course. The seemingly simple, yet more elusive part of the solution is expanding our hearts. How do you expand the hearts of those that don’t even realize they have a small heart?  How do you help a person know that their opportunity to love and be loved is directly proportional to the size of their heart?

George Floyd’s sweet baby girl, Gianna, is left to carry on without her father. I pray that she finds some peace in knowing that he changed the world, as she once chanted, because she was right. He did. There are so many things that stood out. So many things still left to discuss, consider, and use to move forward. This is where our work remains, and we will do it one person, one heart at a time.